America’s Surface Transportation Act or FAST Act” contains two provisions designed to attack the problem of increasing traffic deaths in the U.S. The U.S. is on track to have the highest number of highway related deaths since 2007.

While an improving economy always means an increase in miles traveled with a corresponding increase in traffic crashes and fatalities, add in the effect of distracted driving and the legalization of marijuana in more states and its understandable that federal officials are concerned about new ways to reduce the carnage.

The FAST Act will require two studies designed to detect the prevalence of impaired driving nationally and suggest new methods to reduce and/or interdict impaired drivers. The two new studies required are:

SEC. 4012. STUDY ON THE NATIONAL ROADSIDE SURVEY OF ALCOHOL AND DRUG USE BY DRIVERS

Not later than 180 days after the date on which the Comptroller General of the United States reviews and reports on the overall value of the National Roadside Survey to researchers and other public safety stakeholders, the differences between a National Roadside Survey site and typical law enforcement checkpoints, and the effectiveness of the National Roadside Survey methodology at protecting the privacy of the driving public, as requested by the Committee on Appropriations of the Senate on June 5, 2014 (Senate Report 113–182), the Secretary shall report to Congress on the National Highway Traffic Safety Administration’s progress toward reviewing that report and implementing any recommendations made in that report.
(The 2014-15 NRS Survey of Alcohol and Drug Use by Drivers should be published on or around February 2016. The 2013-14 survey was published in February 2015. Here is a link to that research paper: www.nhtsa.gov/staticfiles/nti/pdf/812118-Roadside_Survey_2014.pdf)

HAIR TESTING IN LIEU OF URINE TESTING TO BE ALLOWED 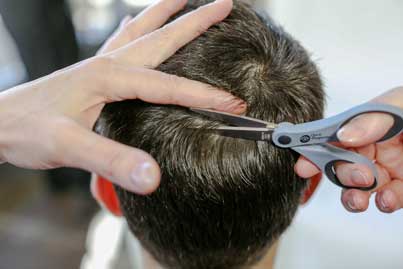 The FAST Act will permit employers to use hair testing instead of urine testing to determine the presence of drugs. It is going to be at least a year before the Department of Health and Human Services issues guidelines that will allow this testing method. Importantly, hair testing cannot be used for DOT random drug testing unless the employee was also subjected to hair testing as part of pre-employment testing. The new law reads as follows:

NOTE: There are numerous legal and case law examples in this area associated with Native Americans, Islam, Sikhism, orthodox Jews, expect numerous more lawsuits in this area.
(3) in subsection (c)(2)—
(D) by adding at the end the following: “(D) laboratory protocols and cut-off levels for hair testing to detect the use of a controlled substance;”.
(b) GUIDELINES — Not later than 1 year after the date of enactment of this Act, the Secretary of Health and Human Services shall issue scientific and technical guidelines for hair testing as a method of detecting the use of a controlled substance for purposes of section 31306 of title 49, United States Code.

Background Check Services in the US Industry Market Research Report from IBISWorld... So is DOT Actually Watching and Investigating Fraudulent Behavior Associated...
Scroll to top